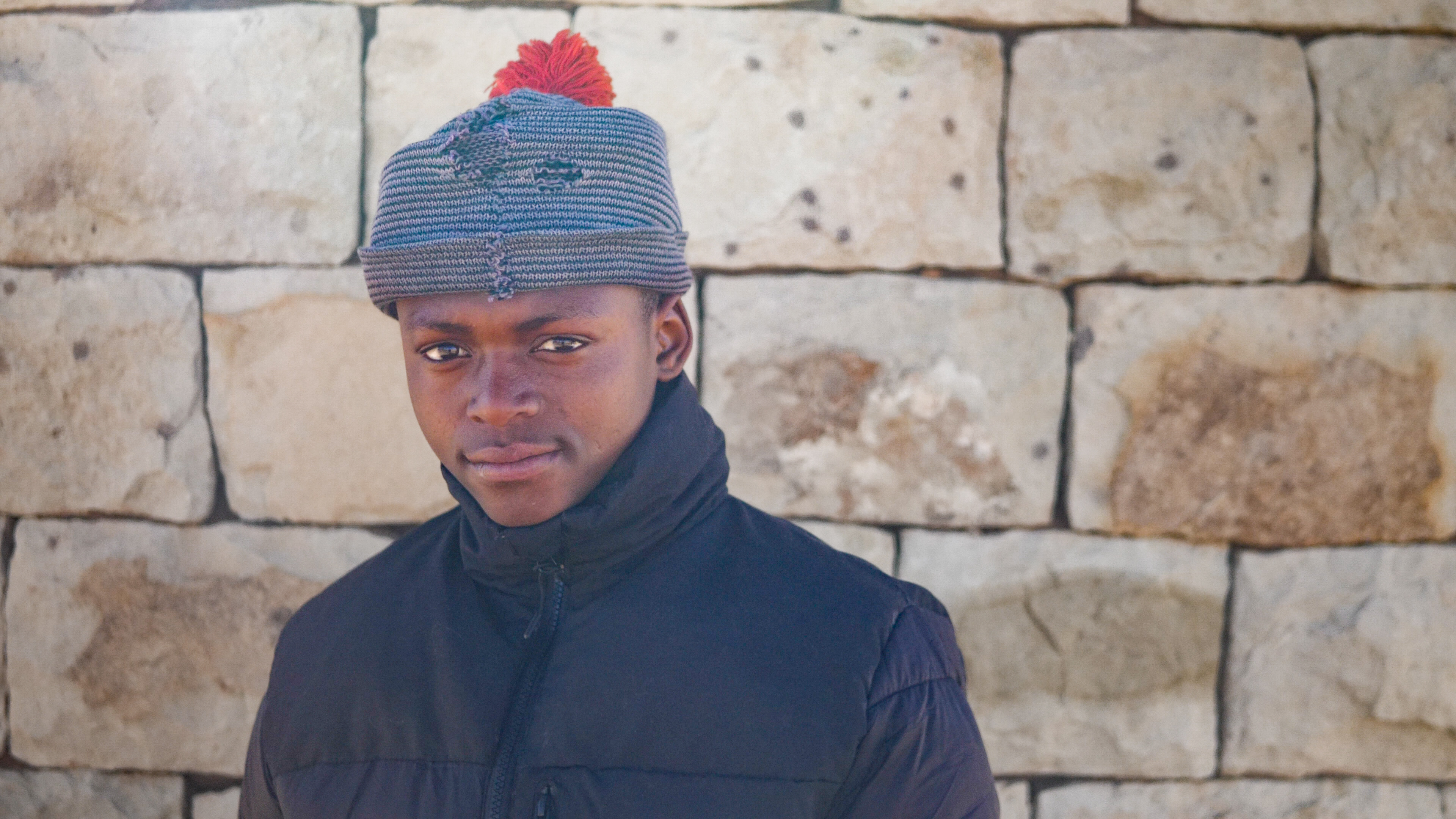 After 7 Years in an Orphanage—This Teenager Finally Returned Home

Before the age of seven, John’s* mother farmed her children out to family and neighbors in the nation of Lesotho. The neighbor woman who took John in exploited him. Rather than sending him to school, she made John tend to her sheep and cattle.

We are not exactly sure of the circumstances, but at some point this woman sent John to a local orphanage.

For the next three years, John lived in an orphanage that was so poorly run that the government ended up investigating and shut it down.

Unfortunately this home failed to maintain records or background information on any of the children. The government social workers proceeded to place all of the children in other residential homes where they could then follow up on each child’s case.

This is how John came into our care. He was 10 years old.

We attempted to interview John multiple times, but he would not offer any information about himself, his family members or his home village. All we knew was the district he came from.

Our hands were tied until he could provide some identifying information. It’s not really a surprise, compared to his previous two living situations, John was happy at our children’s home. He apparently felt very insecure about offering up information—afraid that he might be sent back to a situation of exploitation or rejection.

Slowly, the years ticked by.
At 14 years old, John was not doing well.

He was restless and often wondered about his mother. Soon one thing led to another and John gave us the name of his mother.

Surprisingly, he also said he might remember how to get to his home.

We contacted the Ministry of Social Development (MOSD) in his district to make a plan.

The time came when our social worker, John, and I hopped in the car at 5:30 a.m. for the journey we hoped would find his family.

Four hours later, we picked up the MOSD child welfare officer helping us with his case, and drove in the general direction of what we believed to be John’s village.

After pulling onto a rugged dirt road, we stopped to talk to a woman sweeping her stoop. The child welfare officer called out in Sesotho from the car window.

“Hello Ma’am, do you know where Mrs. So-and-So lives?”

The impact of that information hit us with great force.

We weren't sure if John, who was sitting in the back seat, heard the lady. The officer turned to him and asked if he heard what the woman said. His answer was clear as he broke into sobs. How we wished we could have rewound that conversation.

The weight of emotion in that car was heavy, as we all comforted John and let him grieve.

But the lady continued, providing a cell phone number for John’s sister. We phoned the sister and she and a cousin hurried to meet us.

I can’t imagine being his sister and getting that phone call.

Ten minutes later we could see them coming up the path. The anticipation, nervousness, and joy showed in every quick step they made. When they met, John’s sister saw a young man rather than the small boy she once knew.

We walked down the path together toward the sister’s home. Along the way, John’s aunt met us. She had not heard the news, but was on her way to the clinic. With one look at John, her voice caught in her throat.

Tears flowed as she cried out his name, hugged and kissed him.

In her emotional state she immediately told us more of the story.

“We were looking for him. Even before his mother died, we looked for him. The neighbor woman refused to tell us anything, only that the government had our child. We went as far as Maseru (the capital) asking where he was, but nobody knew.

“When his mother died, we looked again. But we couldn’t find him. That mother of his, if only she wasn’t so careless with her children.”

She immediately offered for John to live with her and his cousin.

Through our home assessment, and other due diligence, we knew this was where John needed to be.

Our next big challenge was to enroll him in high school. His family wouldn’t be able to afford the school fees, and the schools were already full. Yet, astonishingly, we had great favor with the government education officer, who recognized John as their client. They fully agreed to grant him a high school scholarship and free school supplies—even though he did not have the required birth certificate or parent’s death certificate.

This is nothing short of a miracle.

The next stop was the nearby high school where we experienced another miracle. We explained John’s special case to the admissions officer, who was under no obligation to accept him. After a little pleading, they agreed to give him a chance.

We were blown away at how quickly all these processes came together. Usually these steps take months.

John now permanently lives with his aunt, and is surrounded by family.

We recently visited John to follow up. John is thriving and re-establishing relationships and making new friends. We’ll continue to monitor his placement and support a positive transition and reunification.

The significance to John's reunification has many layers.

Most children who age-out of an orphanage have nowhere to go, no inheritance, no family property, and no family support system. They often resort to petty theft, gangs and other harmful substitutes to find a sense of belonging and provision.

When a child is with their family, they will never age-out.

John's chances for a more secure future have increased exponentially. We are grateful to be a part of his journey, and thank you for being a part of it as well through your support.

Naomi Schalm is the Executive Director at Trust for Africa. She leads a team of committed practitioners that are providing critical support to orphaned and vulnerable children. Initially operating as a traditional children's home, Trust for Africa now does short term protective care while reunifying children back to their families and supporting the community through education, social work and trauma-informed services. Naomi has her Master's Degree in International Development and lives in Mohale's Hoek, Lesotho.

Tags: Stories from the Field
Back to Blog

Finding Family in the Most Remote of Places

I was with a group of international school teachers on a holiday hike in the middle of the...
Read More

How does a company that makes an almond-based sauce find itself participating in the mission of...
Read More